There are times when quality trumps everything.  In the case of fishing gear of quality, the Shimano Stella spinning reels ranks at the top of the list.

For the saltwater angler and reader of Angler’s Gear, the Shimano Stella spinning reels leads the world in all of the elements that make for an outstanding saltwater reel.

You can be 100 percent assured the Stella is the pinnacle of spinning reels and can handle tuna, sharks and other massive pelagic fish.

These considerations may or may not be enough to persuade you to bite the bullet and make the sacrifice to own a Stella spinning reel.

You will replace cheaper reels more frequently than if you would have bought the Stella initially.  This in itself is enough reason to make the purchase.

Angler’s Gear is going to take a much more detailed look at all of the models across the board in later pieces.

Meanwhile, what will follow are the standard features of all of the Stella spinning reels line.  We think you will appreciate the details.

Shimano reels changed the basic way the reel functions.  Rather than pinions turning cogs to turn the main shaft, there is a bushing supporting the main shaft with a special coating that reduces the resistance to whisper smooth.

The result is a lessening of the up and down motion of the shaft, making the winding much improved over other models.

What does this mean?  It means the reel turns with a 30 percent higher proficiency on the handle.

There is a phenomenon called ‘thermal sagging’.  This is when heat, generated by the friction of the drag slows the drag’s function.

There is a panel in the Shimano Stella SW Spinning Reel that allows the heat to dissipate much more effectively.

This in turn allows the drag to work up to 50 percent better when under extreme pressure.

For the larger models, this can mean a huge difference between the landing a record fish or cursing the day.

The X-Tough drag has a drag washer with metal or carbon that significantly increases durability.

The support keeps wobble down with a two-point support on the main shaft and bearing.  Ypu also get anywhere between 30 and 66 lbs. of drag depending on the specific model.

This means fish with lots of stamina for repeated long runs tire much more quickly.

Bearings are important to keep protected when fighting saltwater fish.  X-Protect has high-level water proofing, thanks to a stopper bearing in addition to its line roller.

The result is outstanding protection against the effects of the salt spray.  (Remember: This does not excuse proper maintenance and care.)

There are reports of continued function even underwater, although Angler’s Gear is not recommended.

Angler’s Gear has not gone into much detail about the Hagane gear system, but it is time to review it.  The process is Precision Cold Forging – a hydraulic press pushes 200 tons of pressure onto raw metal that does not require cutting.

The result is durability and winding that cannot be bested.

The body is made with the same technology but out of aluminum.  There is no flex, warp or distortion.  This also keeps the gears safe.

There is considerable engineering taking place with the alloy rotor – creating balance that is ideal across the board.  The design also was instrumental in the improved drag.

The drive train – gear, worm shaft, pin and gear have been reviewed and precision engineered by some of the best minds in the fishing industry.

When winding in, there is something to be said about smooth under a big fish.  That is what you get with the X-Ship.

The two bearings on each end of the pinion gear give support and alignment.

Big fish on a big run torque down the reel and bogs it down.  The gears are twisting out of alignment from the power of the fish.

The spool has an increased stroke so the line peels off of the spool.  This reduces backlashes and obnoxious wind knots.

This goes hand in hand with the Propulsion system.  There is worm gear oscillation so line is always lain flat on the spool.

The energy transferred into the cast means a better and more consistent cast each time.

Cold-forging is superior to cut metal and parts.  The brass gear has been heat treated and hardened for the smoothness that makes Shimano great.

The bearings are protected against saltwater.  Protected – do not skimp on the maintenance.

There is a one-way roller bearing that allows for instant hook set.  Stopper-less design means the anti-reverse is constantly engaged.

Septon is a material with a special feel that keeps the hand from slipping from the reel.  Some may wish to replace this with carbon fiber or metal.

Shimano cuts their gears to an excruciatingly high tolerance for the best possible mesh and fluid feel.

Cars with tires out of balance wobble.  The rotor on a reel is the same way.  To eliminate the frequency, Shimano uses computer aided balancing for fine tuning.

The Shimano Stella line of reels come in several sizes as listed above.  Each one is designed for specific species while on the water.  The lighter models work well in some freshwater applications.

Each reel is best spooled up with your personal favorite monofilament, fluorocarbon or braided line option.  Angler’s Gear has used all three for various fishing and situations.  For us, there is no one size fits all.  It is up to you to make the best decision for you and your choice of fish.

The 4000 is the smallest of the Stella line and is ideal for small to medium game freshwater fish.  The reel can hold enough line for some inshore saltwater species, but the better application is for freshwater.

Being a Stella, you can be sure the reel will be sealed and safe should you elect to use it in saltwater. 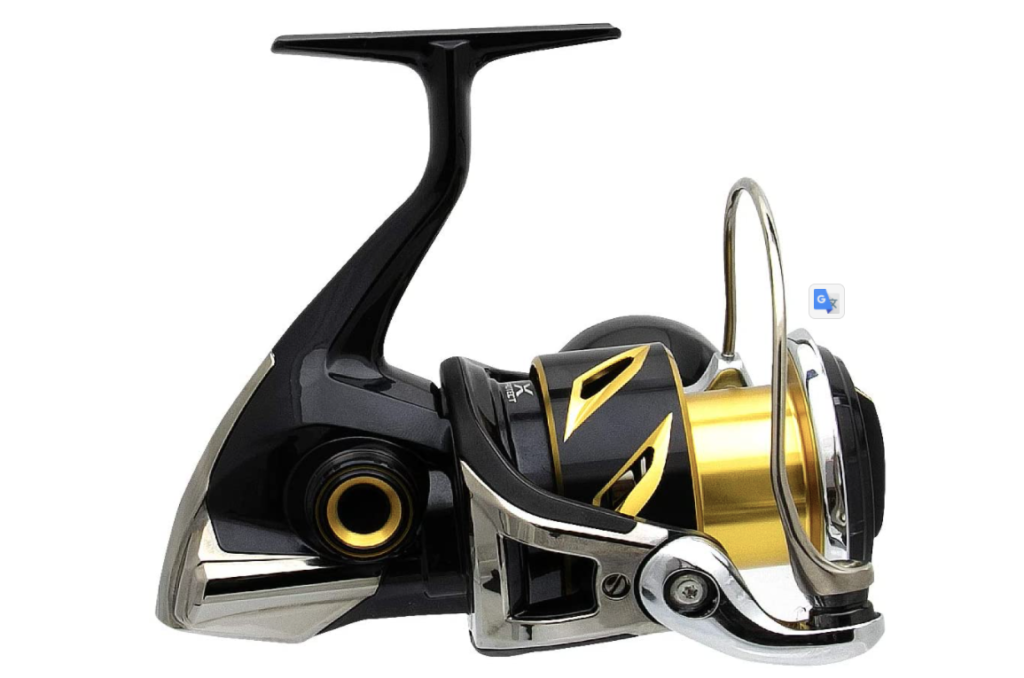 It is perfectly understandable if you elect to bring the big equipment, but there is always a need to bring something smaller.

Despite what some people may believe, big fish will hit small lures with regularity.  This is when the Stella 5000 is such a great reel to have handy on slow days.

Use a the lighter end line for a few reasons: 1. farther casts; 2. more line in case a big fish does take the lure or bait and run; 3. it is a ball to fight fish on light gear and line.

The Stella 5000 is ideal for both smallmouth and largemouth bass.  The line weight is ideal for these species, and specific lures you would need to use. 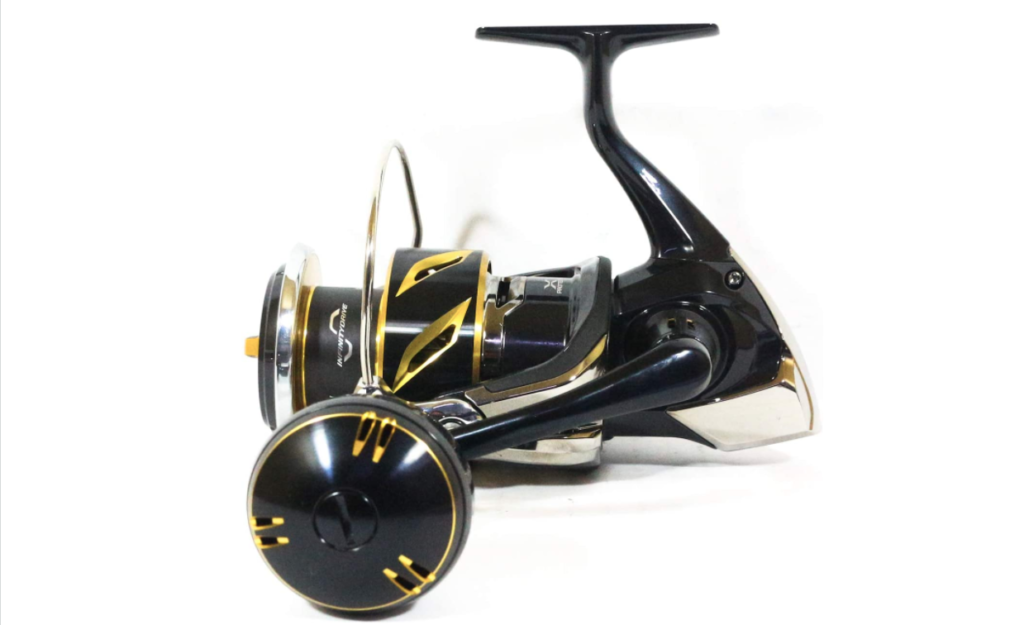 By the time you reach the 6000, you are pushing the ends of most freshwater fish except for muskies, some salmon species and fishing in heavy cover.

For the saltwater, this is the ideal size for the majority of inshore fish.  There is sufficient line to fight fish with long runs.  You are still not quite at the level you will need to be for most offshore applications.

If you are after cobia, tarpon and similar fish, this is the minimal reel that you will want to use.

The Stella 8000 is when the offshore saltwater line starts.  It is also ideal for larger salmon species, large lake fish and some offshore species like barracuda, king mackerel, striped bass and the like.  It is still not sufficient for larger, pelagic species.

Those who want to take on inshore giants like tarpon will find the 8000 about as good as it will get for them as well.

Bouncing a live bait or a jig in deeper water is perfect for this reel.  Anglers will have no problem fighting fish to the surface, and the 55 lbs. of drag at max will help make short work of the fight.

The trade off is the reels are getting heavy.  These reels are not meant to be cast all day long like smaller models.  These are more of a vertical jig style reel and held over the side of the boat.

By now, the offshore angler should have at least two of these on the boat.  The 10000 is perfect for jigging in deep water and can handle the moderate size fish as well as the occasional monster that is likely to strike.

The line capacity and drag can turn and stop the larger fish when on a big run.

The Heat Sink drive we discussed above will keep the reel from overheating.

The Infinity Drive feature makes the pump and reel much easier on the angler and arms.

Weight will be an issue, but at this point in the fishing game, you are not casting as much as dropping over the sides.

If you like throwing big baits to big fish, the 14000 is the reel to start.  There is enough line on the reel to handle big muskies with ease and boasts a whopping 53 inches of line per crank.

Tarpon, barracuda, king mackerel and many other offshore species

Match this reel to a quality Shimano rod, and you have one of the best combos available in the angling world.

Rest assured that more than one of the Angler’s Gear crew have this reel and a rod to match.

There are also stories of wrangling with some serious fish and finding success in the process. 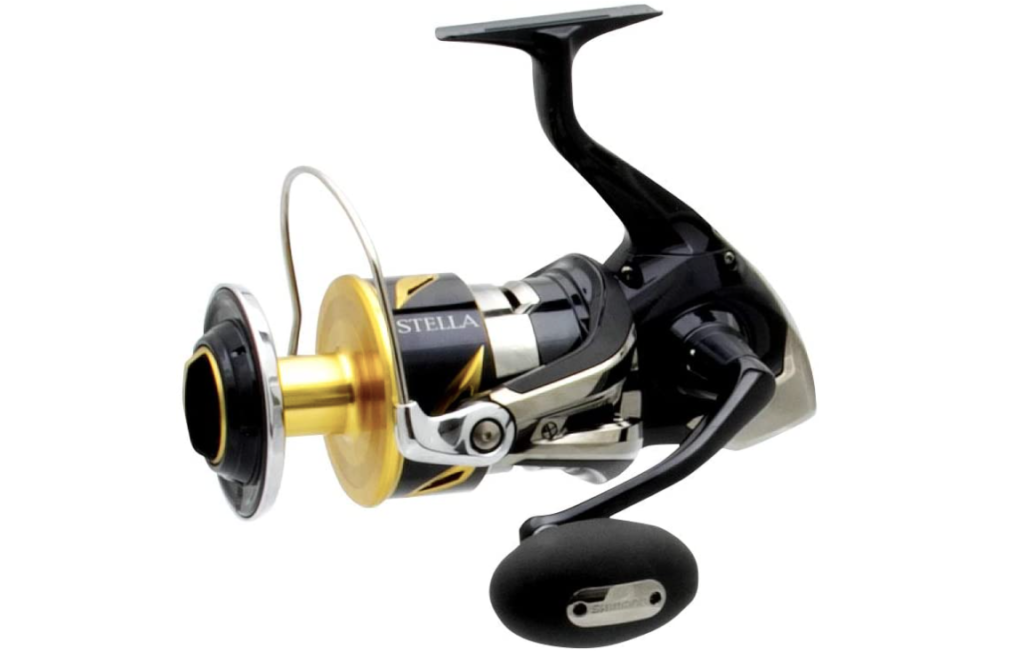 You have made it.  It is time for the big boys to play.  Sailfish, tuna, some marlin species and more are your target.

There is sufficient line for an angler with a competent boat captain to wear down fish in due time, so sit back, and hold on during the initial runs of big fish.

You will recoup any line rather quickly with almost five feet of line per full crank.  62 lbs of full drag is going to stop almost anything short of a freight train.

One of Angler’s Gear favorite targets, the tarpon, will not stand a chance. 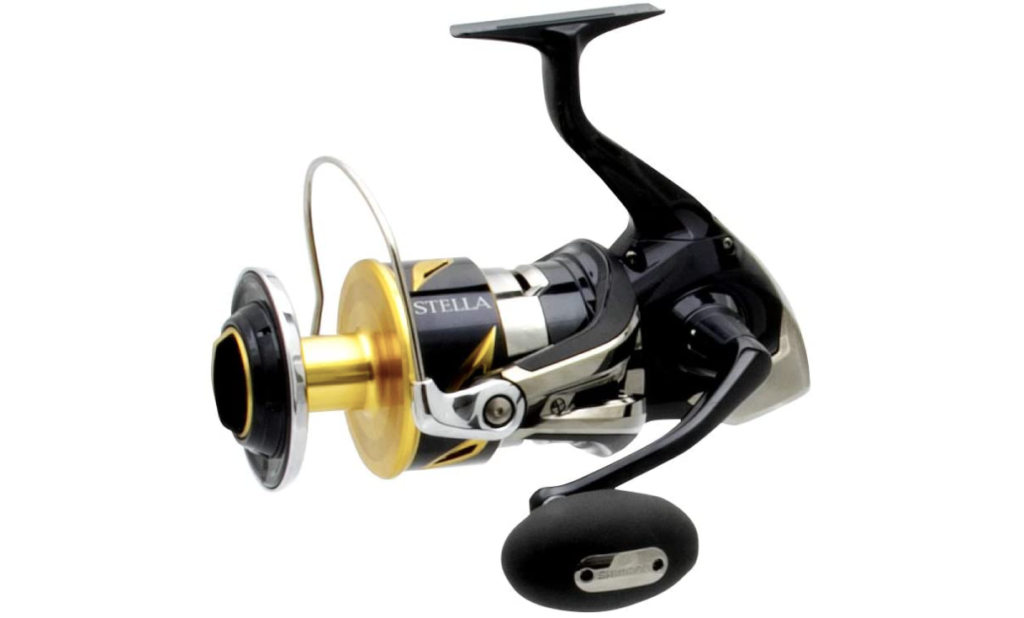 440 yards of 65 lb braid is nothing to sneeze at when it comes to a quality fish.  This reel is made to drop in deep water and jig.

The retrieval rate means when a fish hits at any point, you are likely going to be ready for a solid hook set – there will be almost no slack in the line during the entire jigging movement. 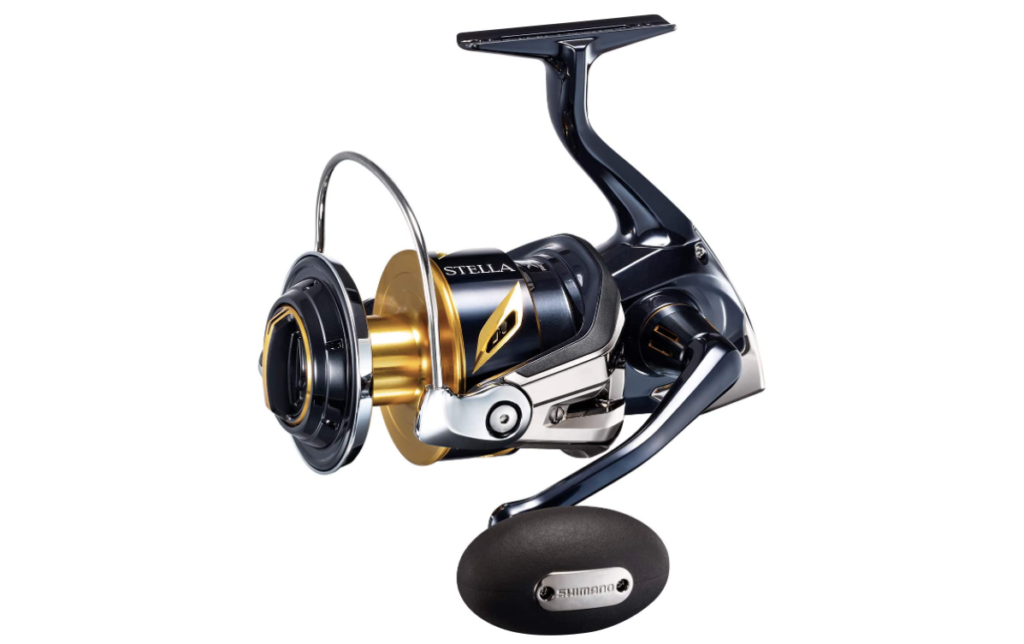 Each angler has their preference of gear when hitting the water.  Shimano ranks highly with Angler’s Gear in quality and durability.  The Stella line is the top end for the saltwater experience.

If you have any fish taken with a Shimano Stella or any Shimano product, we would love to see it.  Leave the picture in a comment below!

We will see you on the water!

We have a review of the best Shimano saltwater reels you can read.