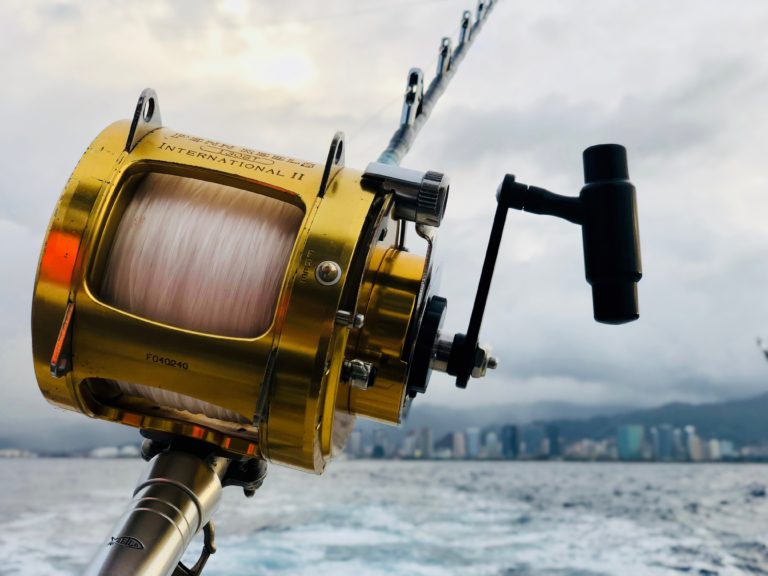 Why do you Need a Bigger Reel?

For those new to game fishing, the size of the reel might not seem important. However, reels are designed in different sizes to cope with different environments and for different game fish. The smallest size available is 50 and they can go as high as 30,000.

It is important to note that some brands will use a different scale for their reels. So what is 1000 for one brand might be 2000 for another brand.

What Size is Needed for Deep Sea Fishing?

For those people who are looking for some adventure and to go open sea fishing for large game fish, then you will need to have a size reel that is at least 10,000. Though the larger you have, the larger the game fish that you can catch. So you might be able to catch sharks or other Dorado with a reel that is 15,000 or 30,000.

How Do You Pick a Deep Sea Fishing Reel?

There are lots of considerations when you want to choose a deep sea fishing reel. For one, you need to consider the type of fishing technique you use. Different reels are designed for unique techniques.

You also need to consider the size of the game fish you’re going for. Those who want to catch small game fish and tuna will want a smaller deep sea fishing reel than those who are aiming to catch the biggest options available.

And you also need to consider the price. You need to make sure that your reel is within your specific budget.

What is the Difference Between a Fresh Water and Offshore Fishing Reel?

Offshore reels are specifically designed to be able to cope with the harsh environments of the sea. Reels that are not made from materials that are resistant to the corrosive effects of the sea can quickly become too damaged to use.

In addition, most freshwater reels tend to be smaller as the prey in rivers and lakes are smaller in most cases than larger game fish that can be found offshore. There is some overlap however with some freshwater species roughly the same size as some of the larger inshore game fish that you might try to catch.

Here is a list of some of the best deep sea fishing reels for Tuna and other large game fish. We’ve selected a range of good deep offshore fishing rods for you to consider. 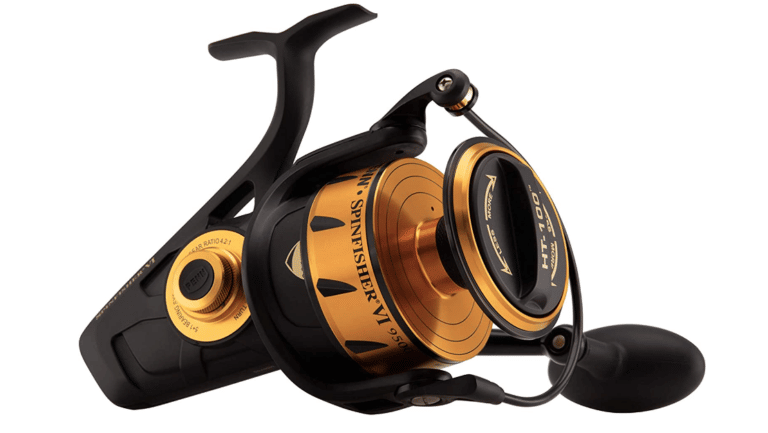 The Penn Spinfisher is a great spinning fishing reel for those looking to catch some of the smaller tuna species offshore. The design of the reel means that you can have your rod hit by a reel or ride the spray into shore and no saltwater will get into your gearbox or drag system.

The system also has a full metal body and side plate that will help keep the CNC gear system aligned perfectly, even under heavy loads. Other modes are available and smaller reels than the 10500 reel. 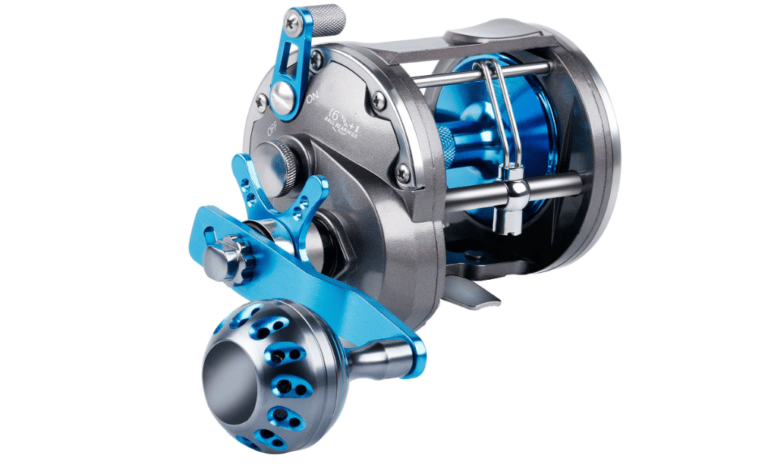 This is a very cost-effective option for those that are looking for a great reel perfect for catching some of the smaller tuna species you can catch. The high performance allows for deep sea fishing with a double dog ratchet system that prevents the handle from reversing.

The reel’s noise levels are really low but the level works well and is comfortable. Some aspects help you protect your reel from salt water and the extra power that deep sea game fish tend to have. 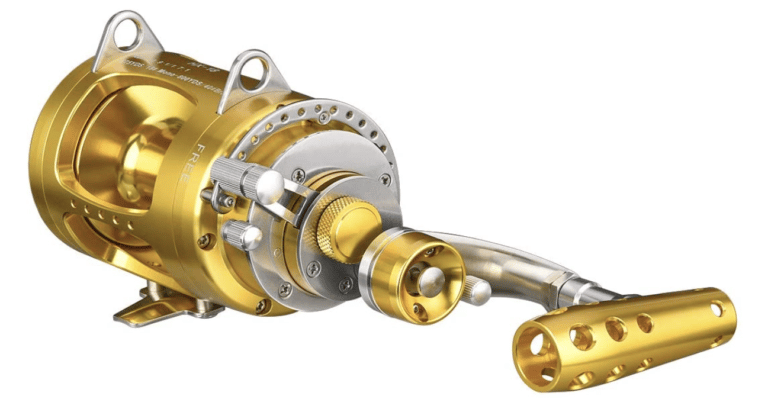 The Reel is a great, aluminum and stainless steel reel that is perfect for deep sea fishing of larger game fish. The reel, which weighs only 1.89kg with 8 ball bearings, can take up to 70lbs. The reel can take 950 yards for 30lbs of fish or 700 yards for 100lbs braid.

The material is a premium standard. All internal components, gears, and shafts are hardened and tempered stainless steel. Therefore, the sea will not corrode the reel and protect it for long-term use. 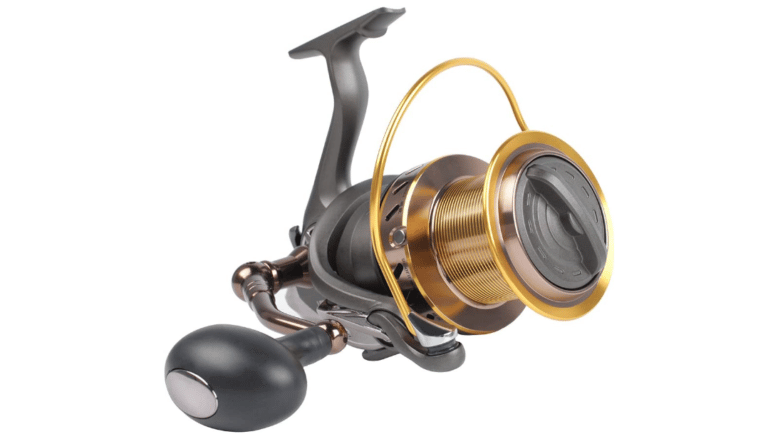 This is a big reel aimed at those deep sea fishing enthusiasts that want to catch the big game fish. It is big and strong and perfect for those who want to catch tuna through surf fishing. The reel has a max drag of 46lb and it will help when that big fish takes the bait you’ve laid out for them. You will also have an advantage with the gear ratio that is perfect for taking the torque from big fish.

The 13+1 rust-resistant ball bearings offer some of the smoothest actions with both casting and retrieving lines. And your reel is protected from the damaging effects of the seawater, helping you to use this reel time and time again.

The CNC aluminum spools support more and heavier lines than you would otherwise expect. Therefore, you can really go for some of the bigger game while also casting longer and faster. 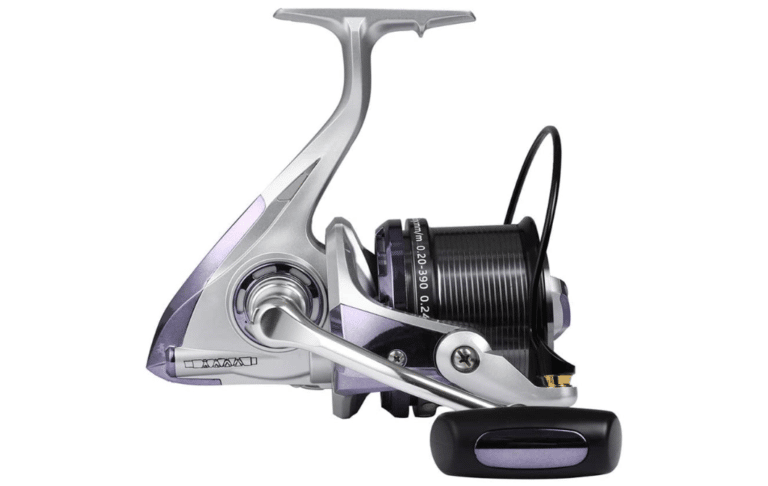 When it comes to versatility, this reel has everything that you need. It comes in sizes that allow you to offshore fish and chases the large game fish. However, it can also be used for a more relaxing time fishing in freshwater settings. So if you are someone who likes to mix it up from time to time this could easily be the reel for you.

The fishing reel has plenty of power behind it, but at the same time is very affordable. The reel can take up 70lbs of drag is really important and it can help you catch some of the largest game fish with ease. But the reel itself is really lightweight, so it won’t burden you.

The spinning reels are protected from saltwater damage which allows you to use this reel for years to come. And the quiet, silky smooth retrieve of the reel is perfect and makes fishing a more enjoyable experience.

Here are some commonly asked questions that you might have about the deep sea or offshore reels for tuna and other large game fish.

What are deep sea reels called?

Deep sea reels are also known as offshore reels. Though this does cover a large range of reels that are protected from the harmful elements of the sea.

How much does a good tuna fishing rod and reel cost?

The cost of your tuna fishing rod and reel can vary. Some models can cost just $100-$150 or you could spend $500 or more on your reel. The cost will depend on the type of fishing and your budget.

Can you catch tuna with a spinning reel?

What is the most expensive fishing reel?

There are lots of expensive fishing reels, especially when it comes to offshore fishing reels that are designed for the larger game fish. The larger the size, the more expensive the fishing reel, however branding can sometimes be a factor. If you want to cut on costs, you can go for a less well-known brand or perhaps buy a second-hand reel.

Tell me the size of the reel for tuna fishing?

Do you need live bait for tuna fishing?

Live baiting is the most effective way to catch tuna, especially yellowfin tuna. However, it is the presentation of the bait that is most important. The best and most productive live bait presentation is to hook the bait on the back side of the gills close to the top of the fish, this is known as a collar hook.

Above are the best deep sea fishing reels for tuna and other large game prey at sea. There are also tips, questions and more in the above article to help you succeed in your large game fishing by buying and using the correct offshore fishing reel.

To raise your odds in catching a monster fish, you might want to read our best fish finders review.